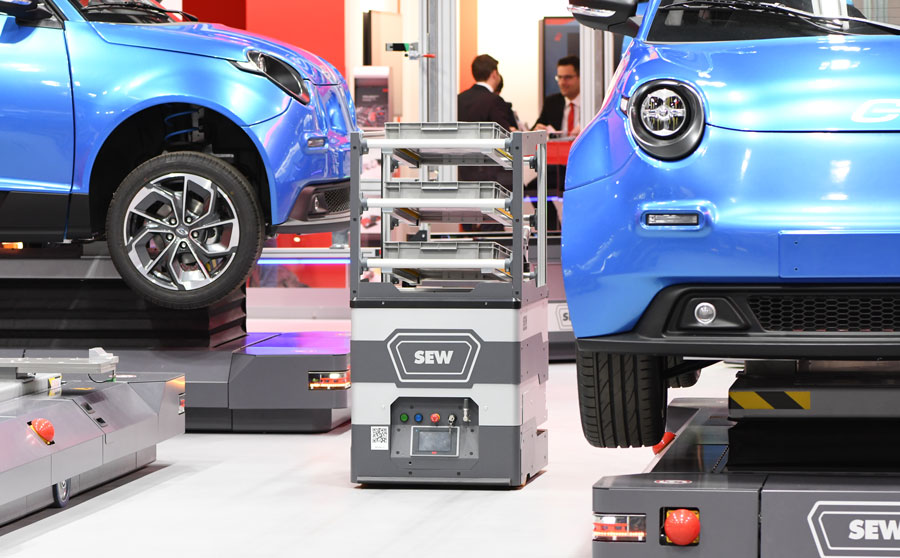 Efficient planning and control of entire manufacturing facilities or smaller units such as entire plants, manufacturing segments or lines has been explored in research, development and practical applications for a long time now. Basically, it is always about

In line with these three objectives, appropriate organizational and control principles have evolved over time for various kinds of manufacturing (large-scale, small-scale and individual fabrication).

Classical order-related small-scale or individual fabrication is often carried according to the shopfloor concept. This means that equal operating resources are arranged in workshops, for example machine tools for parts production in metal cutting, etc. (figure 1). In the case of multi-level products, this may result in confusing material flows because materials have to be transported to and from the workshops repeatedly. This kind of workshop production is characterized by batch production including fine tuning by means of planning and scheduling. In this context, the time schedule of manufacturing is linked to batches or lots. It is not until the last workpiece of a lot has been processed that all parts of the lot are transported to the next machine. Fine planning usually takes place following MRP II-planning, which results in scheduled manufacturing orders. It is hardly possible to respond to changes in production in fine planning today; the degree of autonomy is low, as manufacturing has to fulfill the plan which has been calculated by an automated fine planning algorithm or adapted manually by materials requirement planners.

As an alternative to the workshop concept, manufacturing in decentralized structures (production islands, segments, cells, fractals) was introduced in the 1990s. Under this concept, the manufacturing staff fabricate preferably complete product parts or final products in teamwork and take over tasks of planning material demand and provision (figure 2). Production islands and the teams deployed there each manufacture equal or similar products which have previously been defined as part families, e. g. rotationally symmetric or prismatic parts of a certain size. Since the team members themselves take over control tasks, the degree of autonomy is higher in this kind of manufacturing organization. Yet if we think the approach of complete processing through to the end, we find the problem of resources that cannot be partially allocated. For example, a centralized paint shop or a hardening shop cannot easily be broken down into decentralized structures.

In serial production, a line or flow concept has largely been adopted, known, for example, from automotive assembly. The machines and work processes are arranged in line with the processing order; the sequence of operations is usually cycled, which means that work processes at a certain station have been assigned a specific period of time. The workpiece either moves continually or is transported to the next processing station when the cycle time is over.

When ‘lean production’ was introduced in the 1990s, the principle of pull control largely conquered manufacturing plants. It is characterized by the fact that products are only manufactured when they are actually required by customers (supermarket principle). Batch sizes are broken down into daily lots. The manufacturing site receives a signal indicating what parts and what quantity are required at what point in time at the point of use. This principle is also called KANBAN concept.

In combination with cycled flow production which is controlled by the pearl chain concept, the automotive industry has perfected the KANBAN approach in the last 20 years. The pearl chain concept became popular in the 1990s, when the Daimler plant was established in Rastatt and the Mercedes A Class was introduced in 1997. According to this approach, “the individual customer orders (pearls) … are arranged in a fixed, invariable order sequence (pearl chain) even before production starts, thus, determining, from the moment they are scheduled”, each and every process in the automotive plant, for example the sequence of the car bodies to be manufactured or assembled, the supply of parts, etc. [source: Weyer, M., 2001]. To plan the order of the vehicles in the pearl chain, which is also called sequence, the following objectives exist, among other things

The more variants have to be manufactured and assembled, the larger the cycle time discrepancy, because the work contents at a work place or an assembly station vary significantly between the individual variants. Ultimately, this means that the productive times of the manufacturing and/or assembly staff are reduced, which renders production more expensive.

To cope with the multitude of variants, there have been efforts for some time now to modularize and enhance the flexibility of manufacturing structures, including series productions previously organized according to aforementioned line or flow concept. The core idea is to replace specialized production equipment, for example overhead monorails or skillet conveyors, by machinery and equipment that can rather be used universally and to do without any special fixtures in the floor of the factory building or at a level of the conveyor technology. The production plants that can be used universally will rather be configured for a specific task and can quickly be modified so as to respond to new or changed tasks, as required. Of course, this requires adaptive ‘hardware’, e. g. robots and manipulators, but also appropriate control technology, software and communication technology. The following Figure shows an example of this kind of innovative modular manufacturing approach. This principle can be transferred from individual lines to entire manufacturing sites. One of the most prominent examples is the award-winning factory of SEW Eurodrive in Graben-Neudorf, South Germany, in which the entire layout and even painting equipment has been modularized, although painting had previously been considered not to be separable.

For series production, for example in the automotive industry, these approaches mean that complete sections of the line, in which the discrepancy between cycle time is increasing owing to the multitude of variants, are modularized and the material flow is organized by means of automated guided vehicles (AGV), for instance. As a result, each workpiece finds its own individual way through the assembly modules, which, in turn, are provided by AGVs with pre-commissioned part bins at the proper time. This scenario requires the permanent localization and online-tracking of workpieces, AGVs that transport them, attachment parts as well as their means of transport. Multi-level conveyor technology as we can find it in today’s car factories, for example, will no longer be necessary. In addition, railbound material flow systems will hardly be found in the factory any more. Today’s (usually outsourced) supply chain with external supplier inventories, supermarkets, milk-run trains feeding the line and Kanban shelves at the line will be converted into the commissioning of sets of parts for certain assembly scopes. As a result, however, the control concept of the pearl chain is reaching its limits. Control is moving away from a rather central to a decentralized approach, ranging even to hierarchical flocking, the members of which cooperate in a collaborative and (partially) autonomous way.

From our point of view, the necessary communication technology and the algorithms are available even today. The existing tools allow for the principle of self-organization through distributed planning. This is based on a modelling approach which ranges smoothly from detailed mapping of physical processes supply relationships between organizations. For the scenarios to be modelled, IOSB is using an algorithm for the optimization of sequential decisions. This algorithm combines techniques for combinatory and continuous improvement. Depending on the scenario, this algorithm can undertake combinatory manufacturing fine planning (scheduling) or optimize world-wide supply relationships, taking into account uncertainties and risk. Distributed decisions are also possible, as each participating agent has a local space of action in which they can monitor the state of the system and interfere as appropriate. The agents act cooperatively. They are thus interested in maximizing the overall welfare across all agents [Pfrommer, J., 2019]. 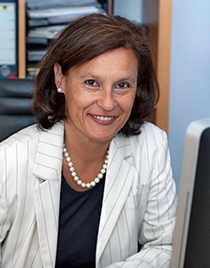